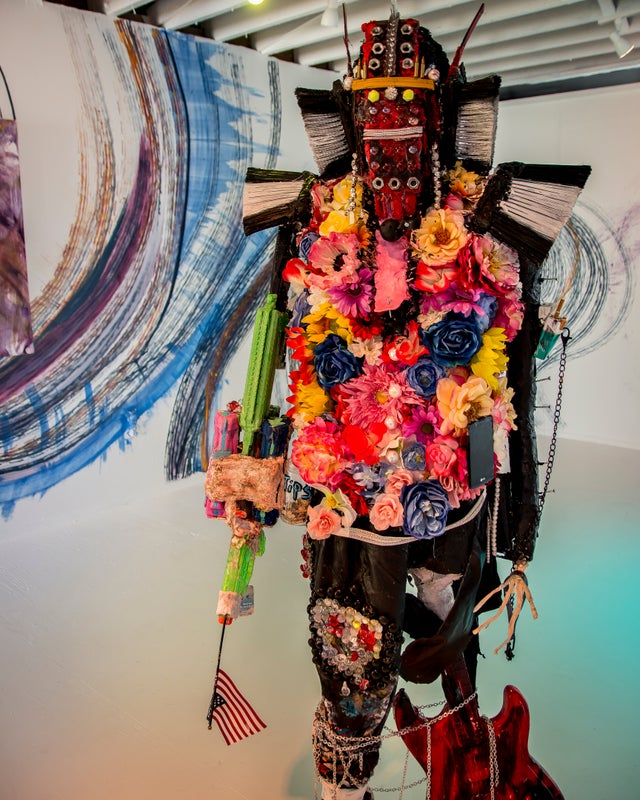 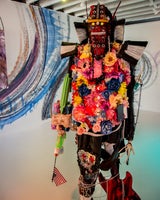 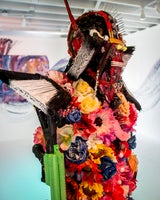 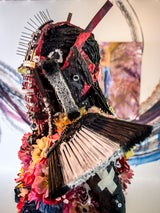 My Forefathers Were Rockstars But I Bring That Punk Shit


My Forefathers Were Rockstars But I Bring That Punk Shit

The fifth sculpture created by Mark Wilson. It is the first full body sculpture.


This monumental artwork was inspired by the likes of Nick Cave, RAMMELLZEE Z, Nastassja Swift, and many other resources provided by guidance at The Contemporary Arts Network.


A extension of the tribe that has been created. Is dressed by the influences of Mark's life. The guitar has been owned by Mark for many years. The pants are his own created in his beginnings in Arizona.


A floristic wrapping drawn from his obsession with Midsommar, intended to be a vest with pearl buttons. The cellphone is included in the sculpture to be apart of the identity.


The arms are creation of American consumerism. America creates a strong cultural of human weapons either the military or the streets. Black and white wings are similar to those of an animal. Giving them a multitude of symbols most importantly allowing the creature to fly.


Facial & Mask construction is built with detailed intention. Faux hair, beading the hair, tongue being pierced and sticking out, a centered jewel, bullets building a crown, draping in jewelry.


This sculpture is the ultimate testament in the ability to identify many forms of expression and create a full being in representation.


Included in the total is shipping and cost of crate. As well as special instructions for care.